Posted on July 5, 2017 under Featured Event | No Comments

Every April the design faithful make their pilgrimage to Milan, Italy for the annual international furniture fair, the Salone del Mobile. Nearly 350,000 devotees from around the world flock to design mecca to experience firsthand the latest innovations from industry leaders and design universities. This year Euroluce, the lighting fair, was also held. Just as in fashion, it seems that “no trends” is the “new trend.”

With an anything goes ethos pervading—mining history, inventing new materials and fabrication techniques, hypothesizing future needs and applications—eclecticism rules the day.  Nevertheless, certain commonalities do emerge. Whether they take hold or are the genesis of new movements remains to be seen.

At the lighting fair, reduction in form to basic geometries and elements, sculptural exuberance and the use of light as a physical material captured the imagination. Michael Anastassiades Mobile Chandelier series, continued his minimalist formal explorations.  Forma Fantasma’s collection for Flos produced lighting that “delivered the most with the least.” Their Wire Ring series reduced illumination to just the light source and the power cord. Lighting maestro Ingo Maurer, further developed his beloved MaMo Nouchies with new bulbous sculptural forms inspired by Japanese lanterns. 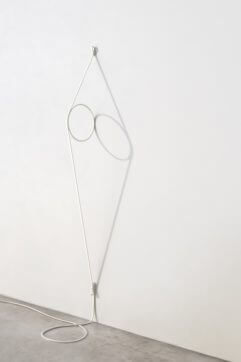 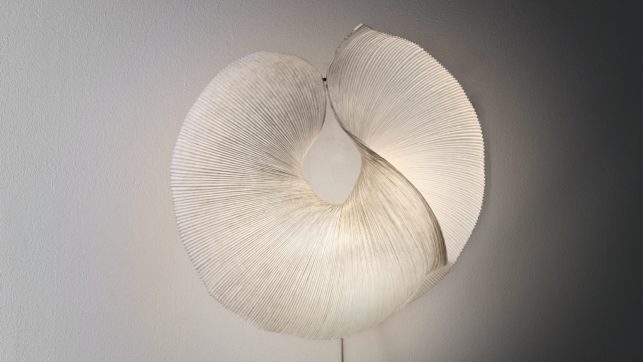 Greenery continues its global dominance begun at the beginning of 2017 with its being named as the Pantone color of the year. Moooi’s Marcel Wanders enveloped his Cloud sofa in the verdant tone. It was also seen in many shades and forms of marble’s dramatic veining especially in the artful hands of Martina Gamboni. Japanese designer Shiro Kuramata inspired Germans Ermics’ Ombre Glass Chair in a way that was pure homage. 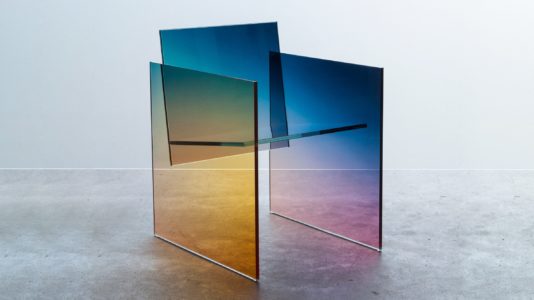