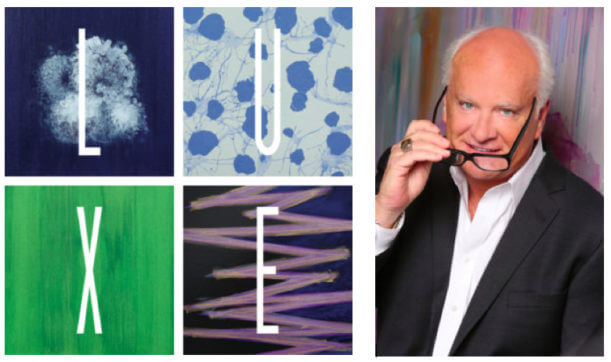 The Indiana Design Center presents its annual two-day home design event to celebrate the best in luxury design and benefit the Indiana Blind Children’s Foundation on February 9 and 10, 2018. The Friday evening event, “Setting the Table for Good Design”, will kick off the weekend and be a ticketed cocktail party to unveil tabletop displays decorated by the state’s leading interior designers. The special guest speaker is designer and artist, Barry Lantz, who is preparing to launch a 2019 fabric collection for Kravet Inc. As one of the world’s global leaders in the to-the-trade home furnishings industry, Kravet products include fabric, trims, wallcoverings, carpet, furniture and accessories.

Designing a collection for Kravet is a highly-esteemed achievement that places Lantz in company with other Kravet Inc. designers such as Thom Filicia, Kelly Wearstler, Candice Olson, Alexa Hampton, Barclay Butera, Barbara Barry and kate spade new york. Through a moderated conversation, Barry will share his story of creative pursuits which started in small town Indiana and have led to licensing partnerships with prominent design industry manufacturers and a business partnership with his daughter, Amanda Lantz, who purchased A Lantz Design and Consulting in 2015. The audience will also gain insight into the creative process that goes into designing and launching a collection.

Lantz has been designing luxurious interiors for discerning clients for over thirty years and recently added painting to his repertoire of visual artistry. His original art has been added to private and public art collections and has been shown in Baker Furniture showrooms across the country and currently shows in Roche Bobois in New York City. His fabric collection will be inspired by his artwork and guided by the design principles and expertise that he has mastered throughout his career. An exclusive selection of original works and prints will be available for purchase on CuratedKravet.com, a site where designers can source luxury décor goods for the home.

Left: Interior design by A Lantz Design & Consulting; Right: “Looking Up”, 48×48 in., acrylic on canvas.

The second half of the LUXE Design Showcase will take place on Saturday, February 10 when the IDC welcomes celebrity designer, TV personality and author Thom Filicia. The program begins at 10:30 am with a kitchen design panel discussion featuring local design talent and will’ be followed by a conversation with Thom Filicia moderated by Beth Greene, Kravet, Inc. V.P. and Director of Strategic Branding & Marketing. Showrooms will be open featuring the latest design resources. 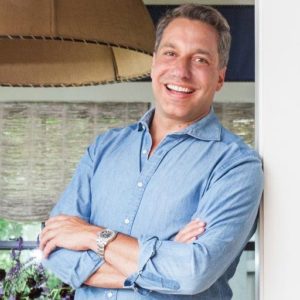 Since launching New York City-based design firm, Thom Filicia, Inc. in 1998, Filicia has earned widespread acclaim and notable clients, including Tina Fey, Delta Air Lines, Jennifer Lopez, W Hotels, and others in the worlds of finance, sports, media, fashion and hospitality. Filicia is universally known for his ability to create stunning modern, yet classic interiors that retain an inviting aesthetic that reflects the individuality of his clients.

Filicia’s unmistakable design sensibility has earned him countless accolades from the design world including being named by House Beautiful as one of their “Top 100 Designers,” House & Garden dubbed him an “International Taste Maker” and Elle Décor regaled him as an “A-List Designer.” Additionally, Filicia has been featured in The New York Times, Architectural Digest, The Wall Street Journal, People, In Style, Vogue Home, O, and many other national and international publications. Filicia’s recognition expanded beyond the design world when he was cast as the interior design expert in the ratings juggernaut and Emmy-Award winning hit show Queer Eye for the Straight Guy. Filicia was assigned the program’s most demanding segment—transforming the home of a design-challenged man. Filicia’s camera-friendly personality and design acumen garnered him a huge following and led to numerous TV appearances including The Oprah Winfrey Show, Good Morning America, The Tonight Show with Jay Leno, The View, Rachael Ray, The Today Show, Ellen, Late Night with Jimmy Fallon and many more. Filicia has also hosted several successful shows for the Style Network, including Dress My Nest and Tacky House and has been featured talent on the HGTV Network.

Kips Bay: “A Study in Style” designed by Thom Filicia. Thom Filicia to speak at the IDC Saturday, February 10 at 11:30 am.