Posted on April 5, 2017 under Site News | Comments Off on ARTIST SPOTLIGHT: Howie Green 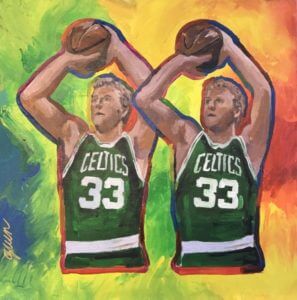 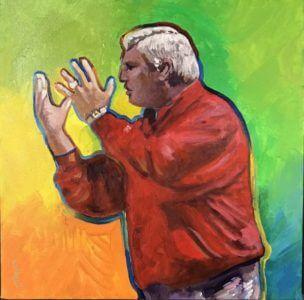 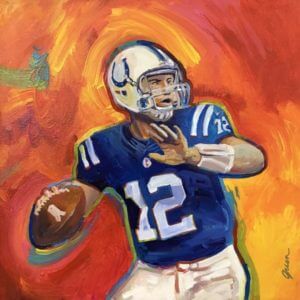 Green’s artistic career stemmed from his childhood dream of becoming a cartoonist. When he was 11 years old, he received a Christmas present consisting of a large pad of multi-colored newsprint paper and some drawing supplies. From there, something clicked inside of him and he has been drawing ever since. He has always been a pop-culture collector and enthusiast heavily influenced by the likes of Andy Warhol and Roy Lichtenstein. 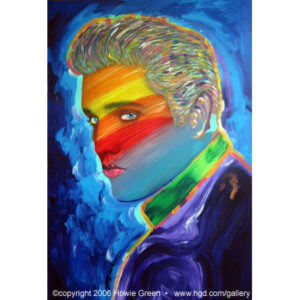 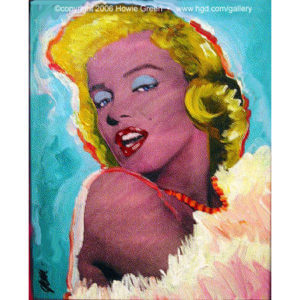 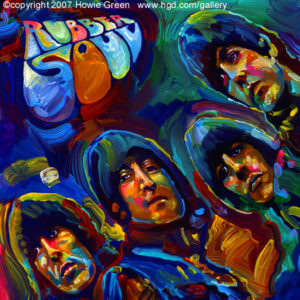 When Green entered art school at RIT in Rochester, NY, it was the mid-60’s and an explosive time in popular culture. As a student, he met and collaborated with several artists who would later make their mark in the art world such as Mike Gilbert, Karin (Harter/Berg) Lewis and notable painter, Peter Berg. After school, Green worked for the next several decades as an award-winning illustrator and designer. It wasn’t until 1992, when he finally gained notoriety for his paintings with the publication of his book Jazz Fish Zen: Adventures in Mamboland.